Mom I Love You Forever And Always

There's no easy way to say this.   Mom's gone.  She passed peacefully in her sleep Saturday morning.  I am thankful she is no longer suffering or hurting.  Her soul is free and she is at peace.

I am eternally thankful to the home health and the hospice staff, nurses, aids, and everyone else who helped me take care of mom these last few months, with such caring consideration and respect, and treated us like their own family.  Words cannot express how much it helped and meant to us both.
Mom was grateful to know that total strangers all over the world cared so much for her. We wanted everyone who reads this ( whether you ever commented or couldn't find the right words but wished the best with all your heart ) to know how thankful she was, and I want you to know how thankful I am.
I am exhausted and hurting from crying. I am crushed, even though I knew it would happen. I am just in a worse place than I was already, now that she's gone.  Forgive me if I get upset or short or anything at any point in the near future.
Just very overwhelmed right now. I will have more information about memorials and arrangements in the next few days. I will share everything when it is all set up and I know more.  Mom wished to be cremated and have a celebration of life rather than a funeral. She wanted for us to remember the happy times only.
I am hurting deeply because of everything happening now, that happened with mom and family drama, and everything that happened with all the loss last year and things that happened before that, which I kept mostly to myself.
I have kept myself detached and numb to everything for a long time because I had no choice, and that is not healthy.  That ends now.
I just need tons of positive support and the least amount of negativity in all things as possible.
Thank you to everyone for your continued love and support through these long months and for your thoughts and prayers during this very difficult time.

Posted by LeopardWolf at 10:51 PM No comments:

He was 20 years old.  He lived a very long, happy life.  Fluffy soft and cuddles, unending purrs.  Soft as a cloud.  Always waahhh-ing and talking.  Singing us the song of his people for some food and yums.  He was the most patient and tolerant cat I have ever known. Best stray rescue and foster failure I ever could have asked for. 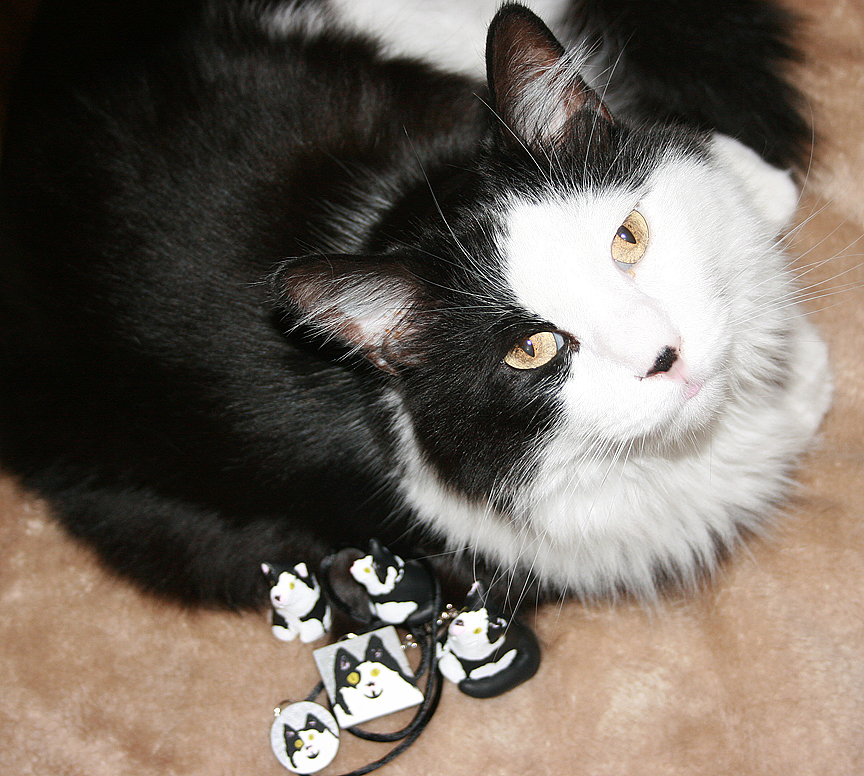 Any of you who have known me any amount of time, know that he meant the world to me. I love all my animals, but my cats are my heart. Wawa was a rescue from a farm in Mississippi, where he had been shot. Some of you who have been around since the old days of LiveJournal will even remember when I caught him and brought him home. Befriended him with hotdogs.  So many people in the community came together to help support efforts for his rescue and vet care.

He went on to become a therapy cat and Emotional Support Animal. He helped me through the most difficult moments in my life. He has been a constant source of happiness and laughs, always talkative with a wide range of vocals. Many of you over the years heard him, whether we were on the phone or playing video games with voice chat, and especially when I started streaming.  He was our official gaming and raiding cat, always wishing good luck meows on big boss fights.

Everyone who met him loved him. Even people who didn't like cats.  He changed the minds of many people about cats.  He touched the lives of many.  I owe a special thanks to Sherry and Marshall, and to Brian, for when you fostered him temporarily when we were in bad living situations. You helped keep our family together and gave us hope when we most needed it. I am eternally grateful to you all.

Wawa had been struggling on and off with health problems over the past few years, mostly GI and thyroid stuff.  Every time I took him in for a new senior exam and bloodwork, I feared the worst.  But the vets always remarked he was the healthiest elderly cat they had ever seen, besides the more minor problems he had.

He had his recent checkup a month ago and everything looked and sounded fine, besides weight loss. We had been struggling with keeping weight on him, just something that happens with geriatric animals after certain point. He was on a special diet later in life and medication to help.

Wawa had been improving and able to eat more solid foods again, and it gave me some hope that we'd get weight back on him and he'd be okay and I would be blessed with another year or more of time with him.

His mind and his soul were always willing, but his little body just decided it was time. He passed away safe at home, surrounded with love and comfort.  Wawa is in a better place now, free and whole in spirit.


He will always be with us. Energy cannot be lost. It simply changes forms.


Thank you for everything. We love you. Rest easy now my little Wah-ling.


Posted by LeopardWolf at 12:05 PM No comments:

Deepest thanks to everyone who offered their thoughts and prayers and support after Ember's passing.  It really means a lot to me.

I know many of you met her or were inspired by her, one way or another. She was a remarkable, one of a kind dog.

The family we adopted her from sent a beautiful memorial flower arrangement. I will share a picture of them and the memorials we are having made for her, as soon as we get them back.

I got really sick with a massive flair with the upset and stress of Ember's passing and other stuff going on with my mom going through cancer treatment.

My jaw and face have been sore and swollen on and off during this time because of it, so I have just been sleeping a lot trying to feel better.

Hope everyone is doing as well as can be.
Posted by LeopardWolf at 4:41 PM No comments:

Email ThisBlogThis!Share to TwitterShare to FacebookShare to Pinterest
Labels: ember, general, my animals

A bright new star shines in the sky tonight. Ember crossed the Rainbow Bridge this morning.  We knew she didn't have much longer, but didn't expect it to be so sudden.  She had been improving over the last week, and seemed more like her old self the past few days. She passed peacefully in her sleep at home. March 5th would have been her 14th birthday.  I feel like I didn't do enough for her, compared to all she did for me as my first assistance dog. Ember is in a better place now, no longer in pain.

She will always be with us. Energy cannot be lost. It simply changes forms. Ember dog had a metric ton of energy, the kind that doesn't just cease to exist.  She wanted nothing more than to be as close as she could and make you as happy as she could. Gentle,kind soul. Thank you for everything. We love you. Rest easy now.

Posted by LeopardWolf at 2:24 AM No comments:

Bright and Blessed Yule to everyone. Merry Winter Holiday, whichever one you celebrate, to everyone. May all your dreams and wishes come true.
Posted by LeopardWolf at 5:26 PM No comments:

Returning For Good, I Hope

No better time to return like the present. I have been away dealing with a lot of things, some of which I cannot really talk about, and others I may. I have some good news to share soon.  How have you all been?  Well as can be, I hope. I have a lot of catching up to do. Point me toward anything you'd like me to know about, and feel free to message me privately with any updates you wish to share. If I miss anything, my apologies. Catching up with months worth of writing from all my friends is no easy task, and goodness knows I am not perfect at it by any means, but I will try my best.  Much love to all of you, and looking forward to catching up.
Posted by LeopardWolf at 4:02 PM No comments:

Hellblade: No WSAD To Arrows Remap?

I was going to play Hellblade: Senua's Sacrifice tonight or tomorrow, only to discover you can't remap WSAD to arrow keys. I normally do, for accessibility reasons ( bad fingers and wrists ). Console gaming is clearly more important than PC. Will try and find a work around.
Posted by LeopardWolf at 8:29 PM No comments:

LeopardWolf
My name is Brittney, though I am more commonly known as LeopardWolf or Lhunpaurwen. I love creating art and making things. I think everyone should have the opportunity to enjoy art in all its forms. Art is good for the soul. If I can help make someone’s day a little brighter with my creative fire, then I am happy to share it with others. My hope is that I can invoke emotion and inspire others with my creations. I love things that sparkle, shine, and glow. I find my inspiration in the natural world, and from animals in all forms. I love to incorporate these things into my work, using gemstones, crystals, bone, feathers, leather, and wood just to name a few. I am an animal lover, a tree hugger, and all around open minded person. A lot of these things are reflected in my artistic endeavors. I enjoy spending time with my animal companions, reading, writing, and photography. I also enjoy outdoors and wilderness activities when I am able to. I have studied in biology/zoological sciences and behavioral psychology, and enjoy training animals. Over the years I have done a lot of volunteer work with domestic animal and wildlife rehabilitation. I donate portions of my sales to these causes.